When I set out to write So Far Appalachia, I had to deal with a very real problem.

I wanted to tell a story about Appalachia, one that touches on the historical forces that created the region and shaped the people. I wanted to tell the story of the people I knew, of the place I grew up, and of the world into which I was born. I wanted to do that in a way most people don’t think about that world. Even in the age of Hillbilly Elegy and Donald Trump, the truth is few people visit the place and get to know the history and culture. Even with all of this media saturation, I am from a world once-removed.

When I talk with people about Appalachia, I’ve found most have only a cursory knowledge of the region. They know it because they read something. Or maybe they’ve talked to somebody. And on the off-chance they’d been to Appalachia — it’s thirteen states and 425 counties, so it’s pretty big — their visit was incidental. After all, ain’t nobody planning a vacation to Clay County, Kentucky. (If you’re ever inclined, let me invite you to The World’s Longest Outdoor Sale, a 450-mile trek through the heart of Appalachia.)

This idea — people talking about, without ever experiencing — created a rather odd dynamic for me as I sat down to write this book. Appalachians are so often talked about, rarely talked to, and almost never given license to talk ourselves. The reason: Everyone is convinced they know who we are, and why we are the way we are.

If you think I’m wrong, try this little experiment: Ask somebody why Appalachia now largely votes for Republicans in national elections. Even amongst my educated and erudite friends, the responses I get are filled with venomous hatred and disdain for the people.

And I understand that. My friends are scared. They are frightened. And they are confused. It’s as if this other race of people emerged from the stars, and landed in the United States.

As I sat down down to write this book, I was faced with this strange tightrope act: I wanted to write a book about why Appalachia and its people ended up as they have, but I also needed to acknowledge its sometimes brutal and horrible history.

There was something deeper, something more embedded within the history of America, that made my region, and my people, into the caricatures that have permeated the popular culture, the national news, and the cultural zeitgeist.

There are reasons that my friends are afraid, and I wanted to explain what those were. Within that story, I hoped, we could all forge a new way to talk to each other.

But therein lies the rub: I was faced with writing a story that needed to tackle the historical issue of class in this country — which we don’t talk about — while wrapping that around the idea of race and gender — which we talk about all the time although rarely as part of an interconnected conversation.

And let’s be honest: telling that story as a middle-aged white dude with a funky southern accent is one that makes a great many people take a big ass breath (rightfully!) hoping Uncle Brad doesn’t say some dumb ass shit along the way. (And even if Uncle Brad doesn’t say some dumb ass shit, a certain part of that group will tell Uncle Brad that people that look and sound like him need to shut the hell up because we’ve already had our turn.)

So I find myself on the tightrope that all writers find themselves: I wanted to tell a story that explained, but didn’t excuse, knowing full well that some part of the population probably (and righteously) didn’t want to hear it.

And if I was deft enough at pulling this off, the story wouldn’t just be about Appalachia. Or the white working class, who I have been writing about as a proxy for so many other things. The story would be the story of America, and how invisible (and many times not so invisible) forces were put in place that drive us apart.

My hope — my eternal hope — is that if I can tell the story of my Appalachia in a way that people recognize the invisible force of class, then those people who were shaped by class (the white Appalachia I’m writing about) can make the intellectual leap to understand that if their forces are real, then so to are the forces of race, and gender, and sexual orientation that have smashed up against the rest of our country.

To do that, I needed to be real in a way that’s frankly uncomfortable, but necessary, for white folks.

I have written this story because I wanted to tell the story of my family, who came to America in the sixteen hundreds and settled what would become part of the Appalachian region in the seventeen hundreds…and then mostly (but not entirely) never left.

I have written this story because I feel Appalachia deep within me. And like the invisible forces that shaped America, those same invisible forces in Appalachia have shaped me. (I say this while sitting in Pittsburgh, the northern industrial capital of the region, and feeling more at ease than I have in a long time. Something about the mountains, and the green, and accents, and the vibe that make me feel like I’ve finally come home.)

I wanted to tell this story — in part —  because I needed the world to understand that who I was, and where I was from, mattered. And I wanted to understand for myself that I — and my world — matter even as we face the parts of our history that are violent, and terrible, and indefensible.

I wanted — maybe I needed — to face down some of the uncomfortable truths of the region. I needed to tell a story that said, “look, despite the forces that had pushed against the people of Appalachia, we can’t simply use those to brush aside the racism, and sexism, and homophobia that permeated the culture.” (Two good primers: anything by bell hooks but particularly belonging and Been Coming through Some Hard Times: Race, History, and Memory in Western Kentucky. These aren’t easy books, which is exactly why you should start here.)

And in my story, there are also some more personal truths that have to be confronted: my family owned slaves. I can’t dance around that, or pretend that despite the hardships they faced that somehow what they did was justified. Or that it’s somehow better that the history books have oftentimes written about how the family made a habit of freeing its slaves. Or that it’s better because my family fought unequivocally for the North.

Being poor — or being forced to be poor, or having your region’s weath destroyed as you fought to maintain your social standing — doesn’t give anyone cover on those other areas. These ideas are not — and we cannot allow people to portray them as — correlated. Poverty doesn’t have a moral nature to it. Even the slow crush of poverty as feudal, capitalist forces drain the region of its money and its hope.

And I’ve always refused to cede that poverty was a root cause of these other diseases because — by definition — that gives those who are more well off the cover to claim that they don’t traffic in those very things. And we know the rich to traffick in such things, in ways that eviscerate economically.

Whatever I write, though, I promise you this: my goal is simply to explain a place I’m from, and not excuse the complexities that have spilled out into the world. While we can never really separate one from the other, each — I think — can be true in its own right. 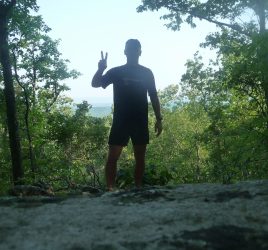 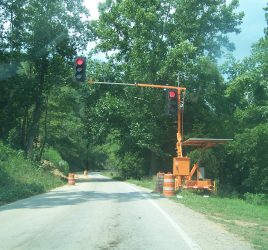 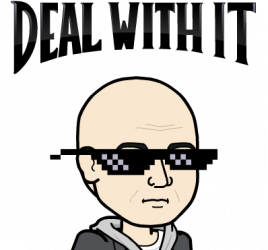