The proliferation of cell phones, e-mail and faxes is making the hunt for terrorists increasingly more difficult. Security agencies have literally billions of messages to sift through every day — many with encryptions that make it impossible for anyone other than the intended recipient to read. — From the opening of “Hiding Like Snakes in the E-Grass” on Wired.com on Sept. 14, 2001.

Throughout the years, I’ve been haunted by two stories that I worked on while at Wired.com. The first story was never published. In the days after one of the early 9/11 commission reports in 2002, the Wired.com journalists poured through the document. While most people gravitated to the larger stories. I was intrigued by a few throwaway lines about vulnerability of the power grid because of old and failing sensors.

After 3 weeks of reporting, I was ready to file my stories when I decided to leave the company during a round of layoffs. I left my notes with an editor, but I turned my attention to my own book. In August 2003, the New York City power grid went down for precisely the reasons outlined in the report and my reporting. This is the story of the second one, which which came out in the days after September 11.

As the nation tried to collect itself in the hours, minutes, and days after the terrorist attacks, our president rightfully spent a great deal of time and energy reassuring the public. While I didn’t vote for President George W. Bush, I’ve always believed that as an American it’s our duty to support and back our leader (even if we respectfully disagree.) I have little tolerance for those who find it appropriate to cast insults. As such, I appreciated the president’s steadfast and earnest compassion that he showed on those workers who were on the ground. )He always seemed much better when he was ‘hanging out’ than when we was reading speeches.)

What I didn’t believe, though, was the insistence that we could adequately monitor digital communications in order to find out if there were looming threats.

As a technology journalist, I was dubious. Such a system was simply not possible unless you believed the rumored capacity of Echelon really existed or you believed backdoor technologies like the Clipper chip had been secretly deployed. Short of that, you simply couldn’t monitor every IM, chat, and private conversation in a meaningful, real-time way back then.

I began reporting my story on September 12. I called security experts, analysts, academics, and scientists while trying to wrap my head around just what we could and couldn’t realistically accomplish in terms of monitoring communications.

On September 13, I called the N.S.A. to get a comment on my story saying as much. After a brief conversation, I asked if the agency had a comment about the systems it was using to monitor all digital communications since the president told Americans that we could, or if he might explain in broad terms how such an operation might work.

After all, if you’re monitoring all communications, I asked, I wondered when this system had gone online and what kind of safeguards would be in the system.

I was politely informed that I should not be writing this story the day after a terrorist attack. “So that’s a ‘no comment’ on whether you can track those communications,” I asked.

“Fuck you,” he replied as he hung up.

I filed my story, and wrote a few follow-ups about digital communications and private networks, but I quickly returned to my beat covering the convergence of culture and technology and how that was transforming the way we lived.

I’d spent a lifetime reading, studying, and talking with people about subjects such as privacy and encryption as it related to the Internet and then the Web. However in 2002, I was convinced that the only people who would ever be interested in those topics would be people like me, an increasingly small subset of those folks using these technologies.

Instead, I turned my attention to understanding how we built communities in digital spaces, how we shared stories with each other using these new technologies, and how we could democratize the idea of artistic expression in sustainable ways.

I’m glad I’ve taken my career in a small more intimate direction even as I’ve watched those issues we were writing about at Wired in the early aughts now splashed across the media on a nightly basis.

But on days like today, I can’t keep my mind from wandering back to those days and those issues that were so important. 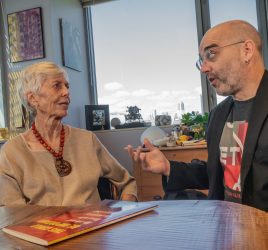 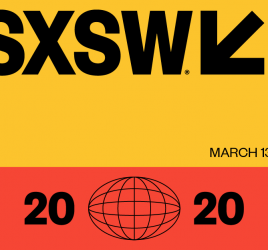 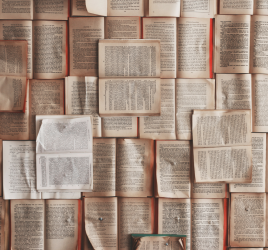